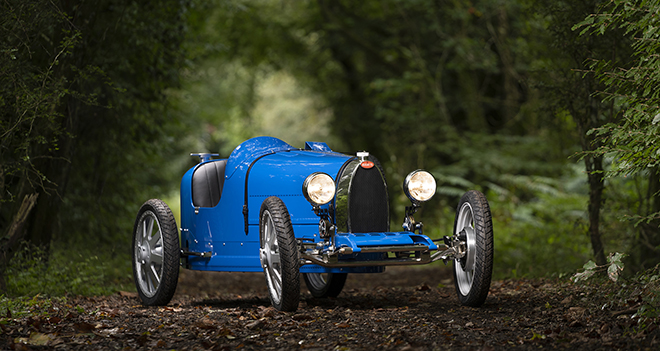 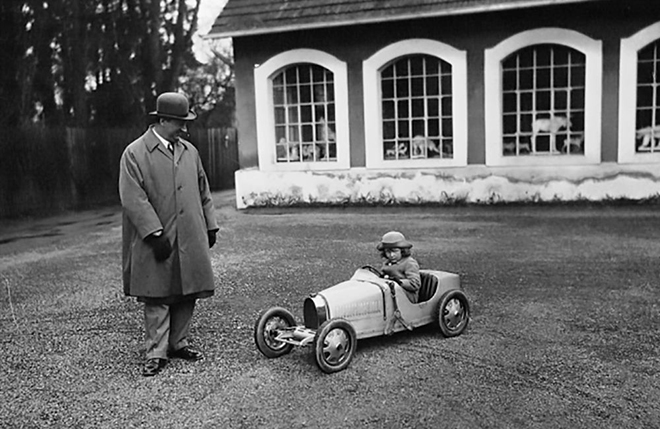 Initially constructed in 1926 for his youngest son, Roland’s fourth birthday, the car which Ettore had intended to be a one-off present, soon became an official Bugatti vehicle, entering production and sold between 1927 and 1936. Cherished by Bugatti enthusiasts worldwide, today no collection is complete without a Baby. However, with only around 500 ever made, they have been the preserve of the lucky few. Unlike the original, which was only suitable for the youngest drivers, the Baby II is a three-quarters-size replica of the Bugatti Type 35, accommodating both adult and children drivers. With the aim to enable enthusiasts from across generations to share the love of driving and of the classic marque of Bugatti, the Baby II thus features a rear-wheel-drive battery-powered electric powertrain, a removable lithium-ion battery pack, a limited slip differential, and regenerative braking. 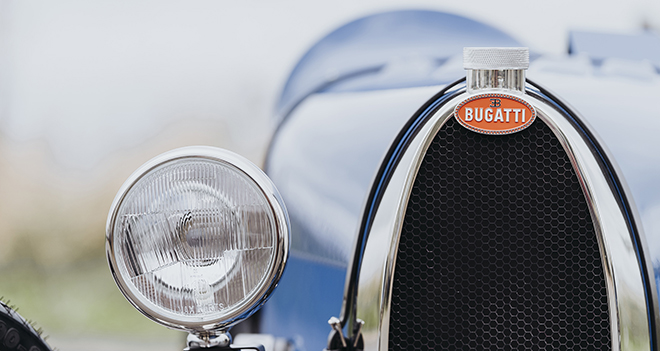 Available in two selectable power modes, including a 1kW ‘novice mode’ with top speeds of 20km/h, and a 4kW ‘expert mode’ capable of accelerating to speeds of 45km/h, plus an optional ‘speed key’ upgrade which allows a power top-up of up to 10kW whilst disengaging the speed meter. 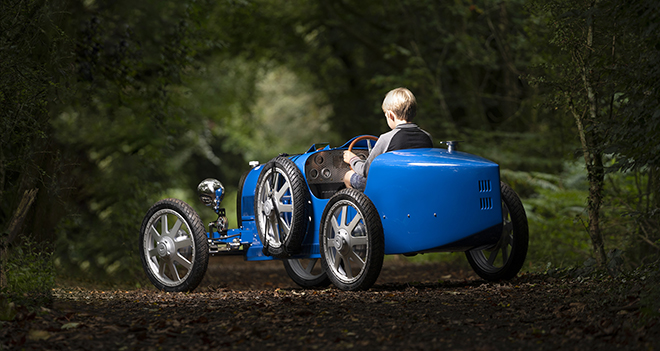 Launching almost a century after its predecessor, the Baby II has been created using the latest technology, but with the utmost respect for Bugatti’s automotive heritage. Hand-built with the aid of a precise digital scan of the original Type 35, built for the 1924 French Grand Prix in Lyon, this all-new ride showcases the brand’s iconic ‘Macaron’ badge, made of 50g of solid silver, alongside its own unique plaque and chassis number.

Complete with a signature turned aluminium dashboard, leather seating, custom instruments, and scale recreation of the Type 35’s distinctive four-spoke steering wheel, the Baby II is coated in an array of immaculate colourways, including the traditional French Racing Blue.

This 1961 Ferrari 250 GT SWB Berlinetta by Scaglietti, is One of Ferrari and Pininfarina’s Greatest Achievements.